To mark and celebrate this year’s Rainbow Laces Day, we spoke to one of the newest members of the UKAD Athlete Commission, Wheelchair Basketball player and LGBTQ+ advocate Jude Hamer, to get to know more about her career and her thoughts on the campaign. 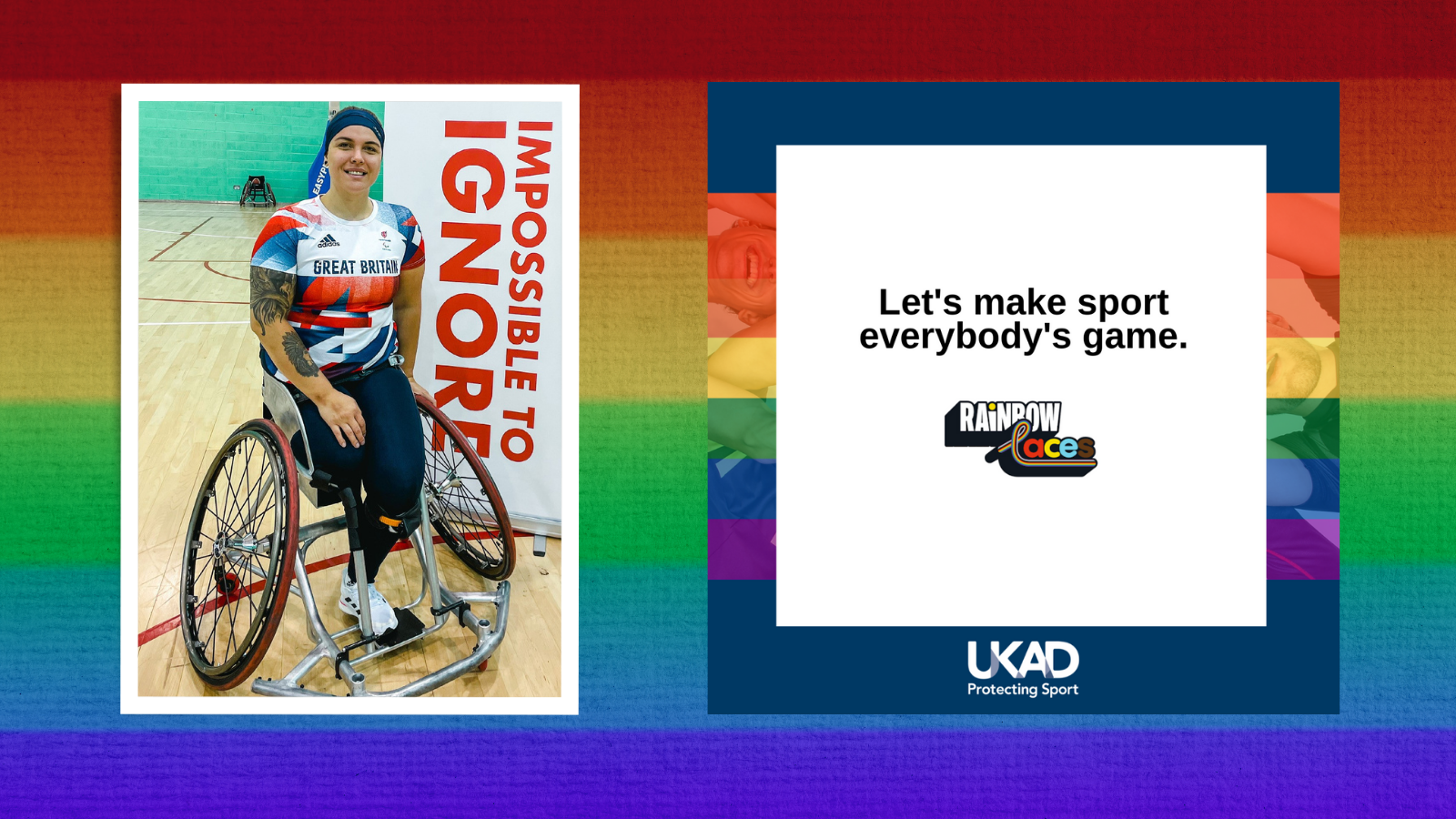 Q: Jude, you've been playing Wheelchair Basketball since 2007, what is your biggest career highlight to date?

We made a final for the first time in the World Championships in 2018, that was probably my biggest career highlight. It was a really good tournament.

Q: What do you love about sport?

I like to compete. I find it really entertaining and love pushing myself in ways that Wheelchair Basketball can allow me to. There’s always something to work on, you never reach your limits and I like to challenge myself like that, I find that really entertaining. I love team sport and I love seeing how other sports do things and how we can input that into our team. I find it really interesting how everybody plays and competes in different ways.

Q: The Commonwealth Games in Birmingham are coming up in 2022, what would it mean to you to be a part of that?

We’ve never had Wheelchair Basketball at a Commonwealth Games before so that’s really exciting. I’m hoping to compete for Scotland, so that will be really cool. My mum’s Scottish, she was born in Scotland and it’s really exciting to get a chance to play for her country and play not just for GB but for a different nation, plus it’s 3x3 and I’ve never played that before so that will be really fun. I’m really excited for it, it’s at home, it’s in Birmingham, my girlfriend is from Birmingham so my whole family and everyone that’s met her is coming to watch.

Q: You’ve recently become a member of the UKAD Athlete Commission, what made you want to be a part of it?

I did a degree in biochemistry and a master’s in pharmacology and biotechnology, so I’ve always found drugs and the way they act on the body, the way the body acts on them, interesting. I wanted to be a doctor when I was a kid and wanted to be a pharmacologist when I was older. I just find it really fascinating how those things work and I felt like it was a great way for me to challenge myself in that way and put some of my academic knowledge to use in a sporting setting. I think the work UK Anti-Doping do is amazing and I want to learn more about the science behind it, I want to be a part of that. I thought it was a really great opportunity to put myself out there.

Q: Are there any other LGBTQ+ athletes that inspire you/ that you admire?

My girlfriend and I are supportive of each other and me being open about my sexuality has given her the confidence to go out there and do a lot of work with LGBTQ+ charities to try to encourage diversity. I think it’s really cool that she’s found that confidence to do that.

Q: Why is Rainbow Laces Day important to you?

We’re really fortunate in Wheelchair Basketball that the women’s side is very diverse and very accepting of everybody. I’m very fortunate to play a sport and in a team that embraces everyone for who they are. It’s great for allies to be able show their support and provides a space for people to show their identities. My sister likes the laces because she likes the different colours, she wears them with her rugby boots all the time. It’s cool in other sports where it’s not as common for people to be publicly out to show their support, for instance Lewis Hamilton wearing the Pride helmet at the weekend and Sebastian Vettel doing all of his stuff the other day. In sports that are played and competed in places where it’s not as widely accepted, doing that sort of stuff is a little nod to supporting LGBTQ+ people.

Q: What more can sporting organisations do in your opinion to ensure members of the LGBTQ+ community feel welcome and gain a sense of belonging?

It’s something that still needs working on, you hear about things like homophobic chanting and inappropriate language being used in sporting settings by other opponents and by fans, so acknowledging that and having a zero tolerance to that sort of thing is important. I think there’s still a lot of work to do there.

When you see a sport or an NGB showing their support for things like Pride month it allows people to feel open to play that sport as they feel they will be accepted. That sort of thing may seem little, but it means a lot to people.

Q: What are your experiences of being an LGBTQ+ person competing at an elite sporting level?

I’ve been really fortunate to be fair in my sporting career. I’ve never really had any difficulties with being myself or coming out about being bi-sexual. It’s not something I’ve been worried about, I’ve never felt unsafe or threatened. I’ve never felt that I’ve had to hide who I am within my sport. I’ve been really lucky to not have any of that. I know some are nervous about coming out and are not sure how others will take it but I’ve not had any of that.

Q: What more do you think can be done to support LGBTQ+ athletes with clean sport education and processes?

I think it’s important for transgender athletes to feel supported and I think that’s something that anti-doping organisations need to continue making a conscious effort to work on because the world is changing and it’s not as black and white as it used to be. Even if it’s just having policies for transgender athletes to be able to able to be tested in a way that’s comfortable for them.

Q: You recently collected an award for Team LGBTQ+ for Outstanding Impact from this summer’s Olympics and Paralympics at the Gay Times Awards– what did that award mean to you?

It was a bit of a shock, we didn’t know that was happening. My girlfriend was asked to do a little video for Gay Times and they invited us to the awards off the back of Tokyo. They sat down and were like ‘we just want to make sure you’re all here as you’re going up for an award’ and we were like ‘what?’. It was amazing, it’s cool that there were over 100 people at the Olympics and Paralympics who were out and competing, and to know there’s a place where you feel accepted and won’t feel alone I guess. It was cool that they acknowledged that, it is really scary to be out in public about who you are.

Q: What advice would you give to any LGBTQ+ people thinking of taking up a sport?

I’m lucky that I’ve always played a sport where I feel accepted, but I’d just say go and try it because maybe you’ll find that you love it like I did.

As the national anti-doping organisation in UK sport we act responsibly to listen to athletes and their concerns, irrelevant of their gender or sexuality. The LGBTQ+ community can email us to start a conversation on accessibility and the anti-doping process in sport at any time via ukad@ukad.org.uk. 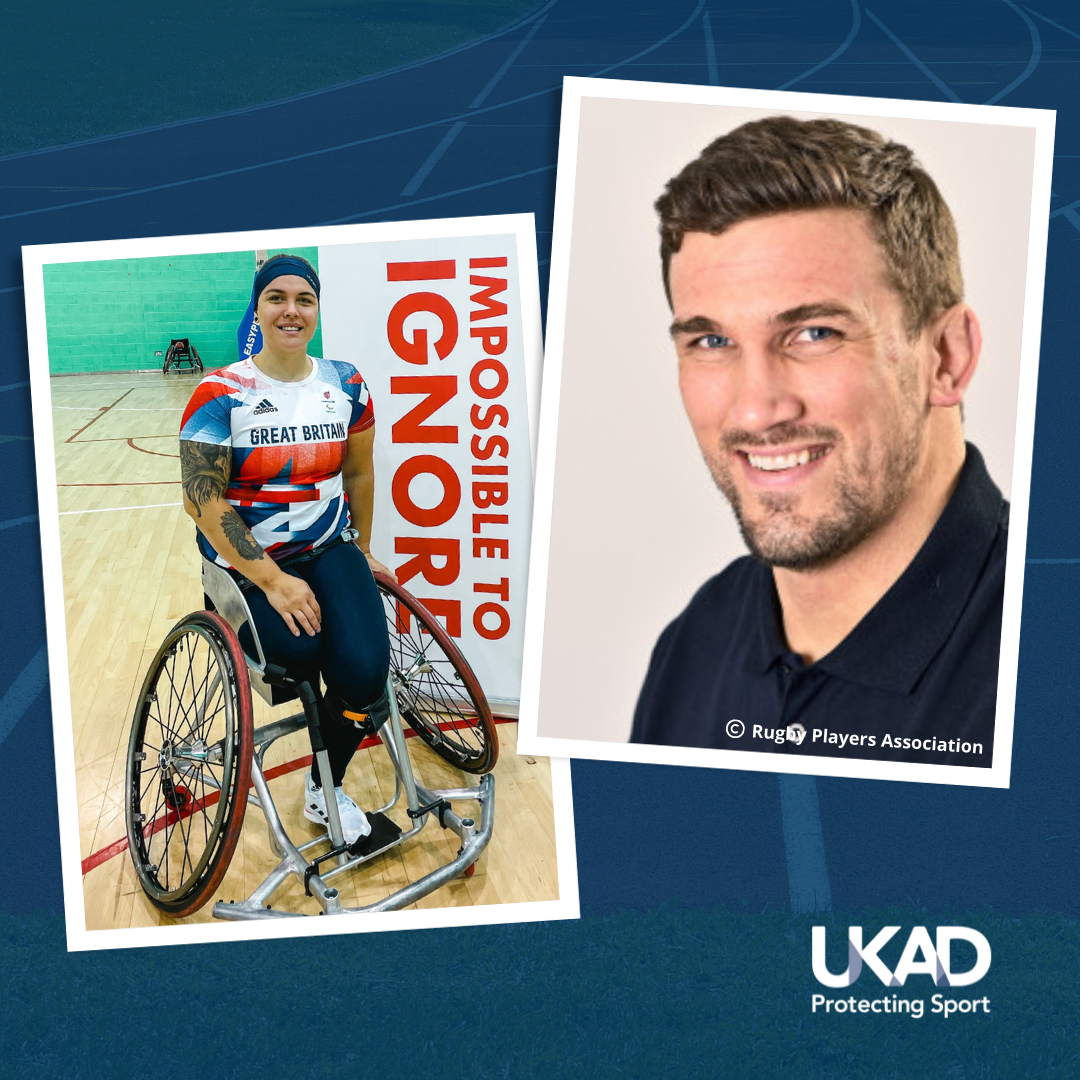 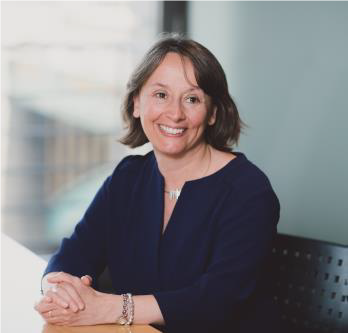 UKAD announce Jane Rumble as new Chief Executive
23-11-2021
Read more - BLOG: Diversity is having a seat at the table; inclusion is being heard

BLOG: Diversity is having a seat at the table; inclusion is being heard
21-06-2021
Read more about Protect Your Sport campaign