The UK Anti-Doping Athlete Commission provides advice on all matters of anti-doping.

Olympic, Paralympic and professional sports are all represented on the Commission, which has the responsibility of working with other athlete-centred groups - for example the British Athletes Commission - to ensure the wider views of the athlete community are represented. It also engages with athletes to collect feedback on UKAD programmes.

The Commission is chaired by UKAD Board member Sarah Winckless MBE, and seven Commission members have been appointed for their experience of, and commitment to, anti-doping and their understanding of the national and international sporting environment. 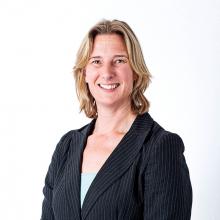 Sarah Winckless MBE is a former GB rower, who won an Olympic bronze medal at the 2004 Athens Games and was world champion in both 2005 and 2006. Following her retirement from rowing in 2009, Sarah has chaired the British Olympic Association’s Athletes’ Commission from 2010 to 2014, and was Team GB Chef de Mission at the Nanjing 2014 Youth Olympic Games, and performed that role for Team England for the Commonwealth Youth Games in 2017 and Commonwealth Games in 2018. In 2015 Sarah was awarded an MBE in the Queen’s Birthday Honours for services to Sport and Young People. Sarah remains close to her sport and in 2021 she became the first woman to umpire the Men’s Oxford and Cambridge Boat Race. 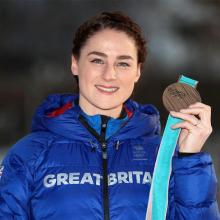 Laura Deas is an Olympic medal-winning skeleton athlete who was a member of Team GB’s record-breaking squad competing at the PyeongChang 2018 Olympic Winter Games. She started skeleton back in 2009 through the UK Sport talent programme, Girls4Gold, and has since forged a successful career in the sport. 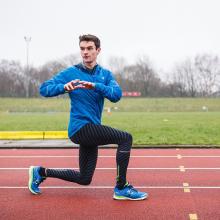 Andrew is currently completing his doctoral research at the University of Birmingham in sport and exercise psychology, undertaking a funded PhD titled ‘Psychosocial Factors Facilitating Doping in Sport, Exercise and Education’.

Away from his academic prowess, Andrew has competed in track and cross country at international level in 2012, 2013, 2015, and 2019. He is currently the Chair of the UKA Athletes’ Commission and a member of the WADA Social Science Research Expert Advisory Group. 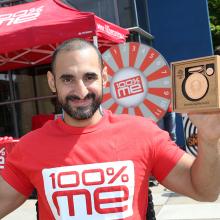 Following these results he competed at the 2016 Rio Paralympic Games and won a silver medal – lifting a best of 190kg in the -59kg category. Ali took up the sport of weightlifting aged 16 when a friend encouraged him to accompany him to the gym.

Sophie is a Manchester United WFC goalkeeper and she is the youngest member to be appointed to UKAD’s Athlete Commission, at just 25 years old. Sophie began her senior career in women’s football in 2014, playing for Birmingham City before moving to Bristol City. She was called-up to represent England under-23s, where she played until progressing to the senior squad in 2016 at the age of 19. At the end of the 2018–19 season she won the FA WFA Players' Player of the Year award and was named in the PFA Team of the Year. 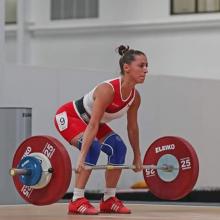 Jo Calvino is a 21 times British National Weightlifting Champion, competing at World Championship and Commonwealth Games level, and has held numerous national records. As well as being an elite level athlete, Jo is also a coach, educator and ambassador for sport for young people and for women.

Jo is an outspoken advocate for women’s sport in general, and women’s weightlifting in particular – speaking at conferences and engaging in debate with governing bodies and funding agencies for a number of years for recognition, investment and support for athletes, competing in minority sports or where gender equality is lacking.

In 2014, Jo joined the board of trustees for Active Communities Network, a young people’s charity using sport for the development of at-risk young people and disadvantaged communities across the UK, Ireland and internationally. 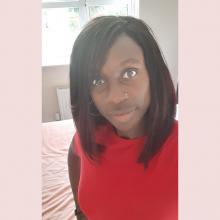 Bernice Wilson is a GB sprinter who, since serving bans for two separate Anti-Doping Rule Violations (ADRVs), has become an advocate for anti-doping.

During the time of Bernice’s second violation, she was unaware of taking any banned substances and discovered that her then coach Dr Skafidas had been administering the substances without her knowledge.

Bernice now works for the NHS and thoroughly enjoys it. Bernice also coaches sprinting in different sports such as athletics, rugby and football. 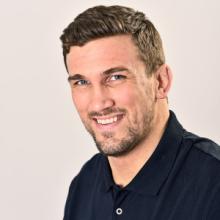 Christian Day, who was born in Blackpool, is a former Rugby Union player who started his career with the Sale Shark team that won their first ever Premiership title in the 2005/6 season. He went on to make 226 appearances for the Northampton Saints from 2008 where he also won a plethora of silverware, including two European Challenge Cups and the Aviva Premiership title, until he retired in 2018. The 38-year-old who made an appearance on the popular TV cooking show MasterChef in 2020, is currently the Head of Player Affairs for The Rugby Players Association. 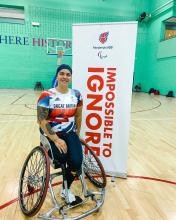 Jude is 4.0 British Wheelchair Basketball player who fell in love with the sport in 2007 when she was introduced to it via a local Paralympic Potential Day, just a year after having her right leg amputated. Jude went on to join the Exeter Otters club and made her international debut at the 2009 BT Paralympic World Cup and competed in multiple World Cup, Paralympic and European Championship events.

The 30-year-old now plies her trade for the London Titans. She was awarded a Diana, Princess of Wales Memorial Award for bravery and trekked across the Andes Mountains in Ecuador as part of a TV show, Beyond Boundaries. In addition to her off court successes, Jude also has a Master of Science degree in Pharmacology and Biotechnology and is a passionate advocate for LGBTQ+ rights in sport.