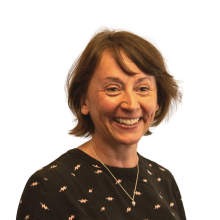 Jane Rumble is UK Anti-Doping’s Chief Executive. Jane joined UKAD in March 2022 and is looking forward to working with our partners across the global anti-doping sector to lead on protecting clean sport.

Jane brings a wealth of regulatory experience to UKAD, having spent 8 years as Director at the UK’s communications regulator, Ofcom, most recently as Change Director. Jane led an organisation-wide transformation programme to strengthen Ofcom’s digital and commercial skills and capabilities. Prior to this as Ofcom’s Director of Consumer Policy, Jane led the organisation’s Fairness for Customers programme to ensure people get a fair deal and are treated well by their communications provider.

Jane is passionate about equality, diversity and inclusion, and is driven by a workforce that is representative of people and perspectives from across the UK. Jane is also a keen sports fan. Her favourite sports include running, cycling and tennis. 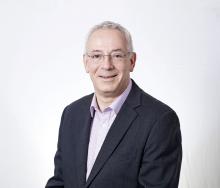 Philip is a Chartered Accountant and is responsible for leading the delivery of UKAD's business services, including Finance, HR, IT governance and Risk. Philip has also guided UKAD through a series of government-driven financial changes, developing its financial strategy in line with budget reductions and leading on UKAD’s response to the DCMS Tailored Review, resulting in a 40% funding increase. He went on to lead the implementation of the recommendations of that review.

Philip’s career has seen him work in a variety of sectors, including commercial, not-for-profit, and government arms-length bodies. He is currently a trustee at Compton Verney art gallery and park and associated its investment foundation. As a keen follower of football, rugby union and cricket, Philip is passionate about contributing towards a culture of clean sport.

As Director of Operations, Pat oversees the development of the science and medicine, testing, and intelligence and investigations programmes at UKAD.

He has more than 30 years experience in law enforcement having worked in the Metropolitan Police, National Crime Squad and Serious Organised Crime Agency.

He was a member of the Olympic Security Directorate, planning and delivering the safety and security plan for the London 2012 Games. 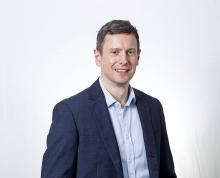 Gareth is responsible for finance, quality management and overseeing UKAD’s commercial opportunities. Having joined UKAD in 2015, Gareth was subsequently appointed as Director of Finance in 2018.

Gareth is a Chartered Management Accountant and has previously worked in a variety of senior level finance roles in both the commercial and not-for-profit sectors. As both a keen runner and cyclist, he is passionate in helping to deliver the fight for clean sport. 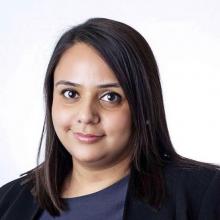 Nisha is responsible for leading on all of UKAD’s legal and regulatory matters, including overseeing its Anti-Doping Rule Violation cases in accordance with the UK Anti-Doping Rules and the World Anti-Doping Code. Previously UKAD’s Head of Case Management for over two years, she also appeared as an advocate before the National Anti-Doping Panel.

Nisha began her career as a criminal barrister. She has an extensive background in regulatory law and spent six years working at the Nursing and Midwifery Council (NMC) prior to joining UKAD. At the NMC she regularly appeared as an advocate before the High Court and later managed a large team of investigations lawyers across its London and Edinburgh offices. 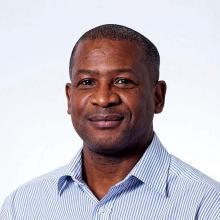 Tony is also an elected member of the Institute of National Anti-Doping Organisations (iNADO) Board, contributing to their strategic direction and international fight against doping in sport.

Tony has more than 20 years of experience in the field of anti-doping, working for UKAD since it was formed in 2009.