A bomb disposal team was called in to assist UK Anti-Doping (UKAD) and Kent Police following the discovery of a ‘drugs lab’ containing large quantities of DNP and steroids at a unit in Kent last week.

The multi-agency operation on Thursday (6 December) was led by the Eastern Region Special Operations Unit (ERSOU), in collaboration with Kent Police, the Medicines and Healthcare products Regulatory Authority (MHRA) and UKAD, and saw them carry out warrants across Kent and Oxfordshire, with a property in Sittingbourne and an associated unit in Queensborough searched.

The discovery of large quantities of DNP, both in liquid and powder formats, resulted in soldiers from the Royal Logistics Corps (11 Explosive Ordnance Disposal and Search Regiment RLC) being deployed, due to the highly explosive nature of the substance, frequently used as a fat burner.

A range of steroids, Class C drugs which are all named on the World Anti-Doping Agency (WADA) Prohibited List, was also discovered, along with equipment used to manufacture drugs, medicines and steroids. Two men were arrested as part of the operation and have been released under investigation pending further enquiries.

UK Anti-Doping’s Director of Operations, Pat Myhill, said: “Steroids are banned in sport via the World Anti-Doping Agency (WADA) Prohibited List, and can have hugely damaging effects to health.

“It is imperative that anyone thinking of taking steroids, be they an athlete who could receive a lengthy ban from sport or a member of the public, be aware of the significant risks to health, including heart attacks, strokes, infertility and liver and kidney failure.”

A team of officers were joined on the operation by a UKAD Investigator, along with personnel from the Eastern Region Special Operations Unit, the MHRA and the Food Standards Agency, following several months of collaborative between the agencies.

UK Anti-Doping’s Director of Operations, Pat Myhill, added: “To uncover such an established operation is a pleasing result and highlights the importance of collaboration between multiple agencies, as well as the importance of receiving intelligence. If you have any suspicions regarding doping in sport, please share this information with us.”

Gary Sayer, from the Eastern Region Special Operations Unit, said: “This was clearly an established operation in relation to the creation and supply of illegal drugs so we were really pleased with the results of the warrants. The sale of such drugs is not only illegal, but the drugs can have extremely dangerous consequences to anyone taking them, so I would like to urge the public to think twice before buying any type of medicine or drugs online.”

Tariq Sarwar, the MHRA’s Head of Operations, said: “It is a serious criminal offence to illegally sell medicines online. We work tirelessly with law enforcement colleagues to identify and prosecute people that put public safety at risk.

“Criminals who sell medicines over the internet are exploiting vulnerable people and have absolutely no regard for your health. Visit www.gov.uk/fakemeds for tips on buying medicines safely online and how to avoid unscrupulous sites.“

Intelligence has formed the basis of nearly half of all Anti-Doping Rule Violations (ADRVs) published by UKAD since January 2016, while this information also enables UKAD to direct testing resources to where they will be most effective, and to investigate allegations where testing is not appropriate or required.

If you have suspicions of doping by an athlete, or a coach, manager or supplier who may be encouraging or enabling doping, please get in touch:

Read more - Clean Sport at the Front Line: Why you should attend 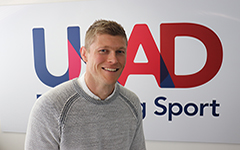 Clean Sport at the Front Line: Why you should attend
17-12-2018
Read more - Bomb squad called after DNP and steroids discovered during joint UKAD and Kent Police operation 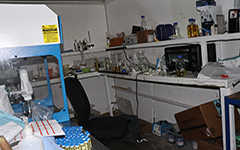 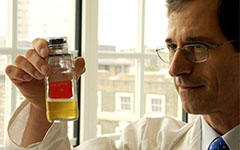 Five minutes with: Professor David Cowan OBE, co-founder and Director of the Drug Control Centre
29-11-2018
Next Article: Clean Sport at the Front Line: Why you should attend
Read more about Protect Your Sport campaign