Protecting clean sport from the sidelines

Have you been watching the 2019 Betfred Super League rugby matches? If so, you may have seen the UKAD logo sitting proudly pitch side at the Salford Red Devils vs. Wigan Warriors game on Friday 20 September. We're bringing awareness to anti-doping and protecting clean sport, even from the sidelines.

If you missed it, don't worry! You can see it again at this week's matches - Salford Red Devils vs. Castleford Tigers on Thursday 26 September and the first semi-final, St Helens vs. Wigan Warriors on Friday 27 September. If you're heading along to the games or watching it live on television, take a picture, post it on Twitter and tag us at @ukantidoping. 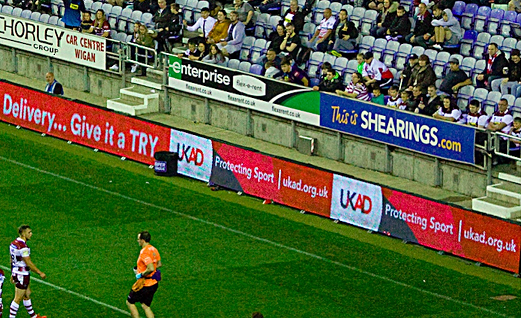 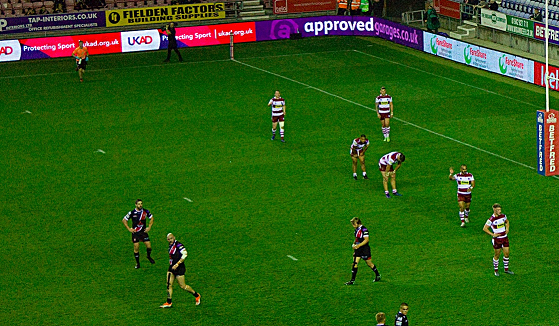 BLOG: The fight for clean sport is bigger than any single organisation’s agenda – Emma Wiggs
26-03-2019
Read more - BLOG: Athletes must have a voice around the table where it counts most – Jo Calvino

BLOG: Athletes must have a voice around the table where it counts most – Jo Calvino
22-03-2019
Read more - Footballer banned for four years