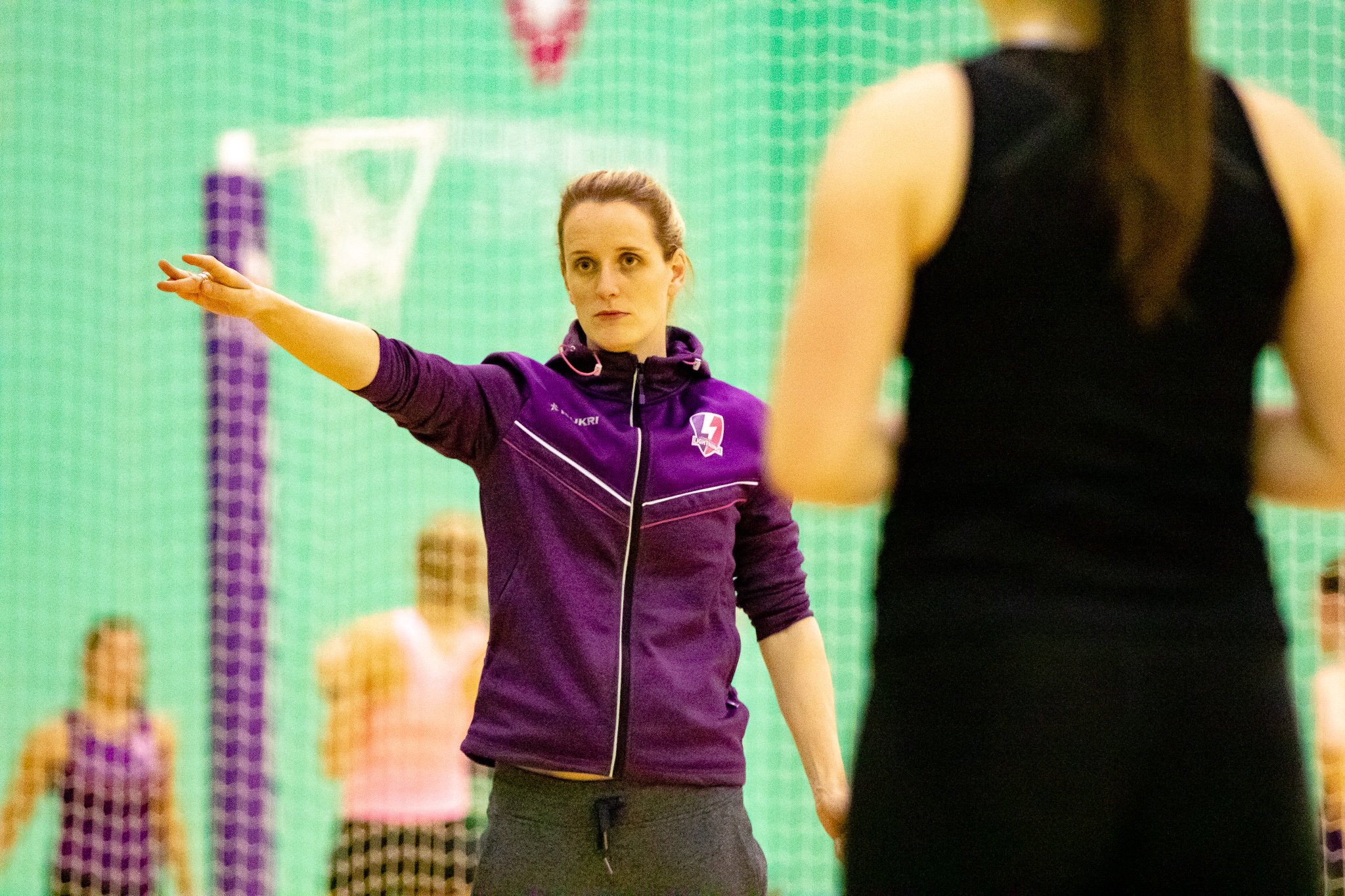 Netball Super League Coach of the Year, Sara Bayman, believes coaches throughout sport have a responsibility to ensure their athletes are making safe and educated choices when it comes to anti-doping.

The 34-year-old, who represented Team Bath, Manchester Thunder, Central Pulse and UWS Sirens throughout her career, understands the anti-doping landscape through her time on the court, but now finds herself in a position of care and responsibility within a sport which is gaining increasing amounts of media spotlight.

As part of her new role, Bayman has completed UK Anti-Doping’s (UKAD) online training course, Coach Clean, which is aimed at coaches and athlete support personnel working in grassroots to elite level sport.

“I’d completed courses and workshops as an athlete so felt like I had a pretty good level of knowledge when it came to my anti-doping responsibilities, but I hadn’t really considered things from a coaching perspective before,” she said.

“The Coach Clean course highlights what we need to be looking out for with our athletes and what we are providing and recommending as a team. It was good to be clear on how to best advise them around common questions such as supplements.

“It also made me really appreciate that any anti-doping violation within my squad would reflect on me as a coach. It’s not just athletes’ responsibility but also ours as support staff and we need to ensure they are making safe choices.

“Athletes have a responsibility to be informed but coaches also need to help to ensure the messages they are delivering are positive and helpful, especially with younger athletes. From an athlete’s point of view, it’s not something they can afford to guess on, so as coaches we need to make sure we are able to offer the correct advice when called upon.”

Bayman, who won a bronze medal with England at the 2010 Commonwealth Games in Delhi, moved into a coaching role with Super League side Loughborough Lightning at the start of the season and she’s hit the ground running in the role, being named Super League’s Coach of the Year.

“I’ve had a great support team around me in terms of both assistant coaches and Sports Science and Medicine,” she said. “Pretty much everyone had more experience than me and it took the pressure off knowing that I only needed to worry about my own area, not everyone else’s.

“But there’s always massive challenges and the ones you don’t anticipate tend to be off-court: player management, logistics, plans changing. The stuff that people wouldn’t even recognise as part of being a head coach.”

Following a big year for Bayman on a personal level, it’s also set to be a big summer for the sport as a whole, with the World Cup taking place in Liverpool in July.

The England Roses head into the tournament off the back of their memorable last-gasp Commonwealth Games gold medal victory over Australia last year, to which 1.5million people tuned in, despite it taking place in the middle of the night UK time.

With women’s sport as a whole experiencing a massive upsurge in coverage and popularity of late, Bayman is expecting big things from this summer’s showpiece event.

“If the matches are as good as we’re expecting then netball, and women’s sport, could blow up in a way we’ve never seen before,” she said. “Every game will be on TV and it will come just after the women’s football World Cup.

“I’m hoping that it’s the perfect storm for women’s sport to get a real foothold in the public’s affection and these athletes to become household names.”

And Bayman is tipping one Jamaican player in particular to catch the public’s eye, but believes the hosts will walk away with the title.

“Shamera Stirling played for Loughborough in 2018 and is now taking the Australian league by storm,” she said. “I expect her to be a massive part of Jamaica having success at the World Cup.

“Scotland and Northern Ireland will target top eight finishes, whilst England could realistically win it. It’s too tight to call though with Jamaica, Australia, South Africa and New Zealand all viable contenders.”

Next Article: BLOG: Nicole Sapstead – “Clear measures must be in place to encourage and protect athletes speaking out on integrity issues”