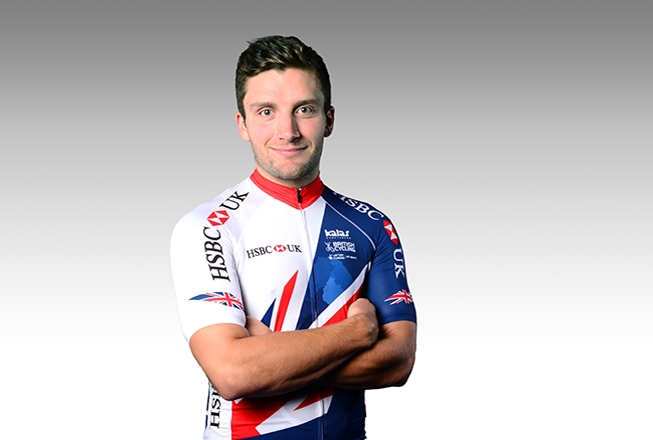 BLOG: Callum Skinner - "Some athletes see testers as the equivalent to traffic wardens"

Team GB cyclist, Callum Skinner, joined UK Anti-Doping’s Athlete Commission in 2017, and has since represented the organisation at a number of events, including Clean Sport Week 2018 and the WADA Global Athlete Forum. Callum also recently took part in a Twitter debate following comments from Serena Williams over her level of drug testing, Callum shares further thoughts on the subject in the first of our new Athlete Commission blogs.

The topic of athlete testing is one that is never far from the conversation in anti-doping - Do athletes get tested enough? Are the right athletes getting tested? - and I think Serena William’s recent comments have been useful in stirring the debate again.

Following an article published recently which (inaccurately, it turns out) claimed that Serena was the ‘most tested’ US tennis player, she has voiced a few different ideas about what she’d like to see with testing, including one, which athletes should have a maximum number of tests a year, once you reached that number of tests, that’s it.

From my point of view that’s not the best idea. If an athlete knew they were only going to get, say, five tests a year and then by the second quarter they’ve had all five, they’ve pretty much got a free reign until the end of the year. This clearly removes the deterrent aspect that testing brings, which only works if athletes don’t know when and where they will be tested next.

I think this suggestion comes from the idea that this would make testing ‘fair’ for all athletes, but that’s not how it works.

Having spoken to a lot of the guys at WADA and UKAD, what they’ve really hammered home to me is that it’s all about ‘targeted testing’. The people who they want to test more than others are: at the highest level of sport, ones returning from time away from competing, and athletes coming towards the end of their careers. It’s great that Serena’s taken a bit of time away to start a family, and as a result has fallen down the rankings, but she’s still one of the best tennis players of all time, and what comes with that is increased testing.

If you want performances to be validated and if you want sport to be kept clean, then that’s just part and parcel of being athlete of her stature.

We should view testing, and more testing, as a positive. I think a small number of athletes can get quite aggravated by testers and see testers maybe as the equivalent to traffic wardens or something like that, but that’s not a healthy context in which to view them. Testers and testing is defending the thing that athletes hold dear, and that’s clean sport.

Serena has made headlines for saying she’s been tested too much, but what doesn’t make the headlines are all the athletes who support the system. Athletes, who at 6am quite proudly fill in an anti-doping sheet, and post on Instagram or Twitter saying: “Thanks for the early wake-up UKAD!”. It’s good-natured and its athletes realising that it’s an essential part of keeping the sport clean.

If I get frustrated at a test, it’s down to my own lack of planning. I can change the slot in which I want to be tested up to a minute before, so I’ve got plenty of notice to make an hour in my day to make it as convenient for me as possible. If they came and tested me every day then that would be fine, it’s just part of what being an elite sportsperson is about.

Obviously, ideally none of us would be tested (having a stranger watch you pee in a cup is an odd experience to start with!) and all of us would be clean, but that’s just not the world we live in. It’s about facing up to the reality of what we’re fighting.

I’ve recently been touring Europe on a motorbike, and my Whereabouts responsibilities make it harder than if I was just doing a trip without being on the testing system. But we have the capability of an app to help us meet our responsibilities, so basically the whole journey I was logging where I was staying every night, and an hour of being available every day -I’m not going to gripe about that. And while it might not be quite the same as Serena’s private jet, it’s fundamentally just the reality of being a sportsperson and I think the anti-doping agencies should be applauded for more testing, not criticized.

Andy Murray has also been outspoken about the subject. It’s great to have someone of his stature joining the debate and really, he really helps get the conversation in the mainstream. He’s called for more transparency, so athletes and fans know who’s being tested and how often, I’m always in favour of more information than less, especially at international level where you have different agencies testing you (for me, UKAD, the UCI, and individual competitions can all come knocking at any time).

Andy has also talked about his sport putting more money into it’s anti-doping programme, which I also support. The authorities need to have the resources to do their job.

It can be really complicated for fans to understand the subject, there’s quite a lot of misinformation out there, and I think that is partly due to the lack of transparency from athletes themselves and the testing agencies.

That’s somewhat because testing agencies have a responsibility to the athletes to protect their confidentiality and their personal information. But I’m someone who’s quite happy to tell people how many tests I’ve had, and recently on Twitter I revealed I’d been tested every month in 2016, in the lead up to the Olympic Games in August.

There’s still a lack of understanding amongst sports fans as to the robustness of the Whereabouts system. I’m always quite interested to see how often others are being tested, but I wouldn’t say it’s at the top of my list of stuff I want to know, I just want to make sure that the anti-doping agencies feel empowered to do their job properly.