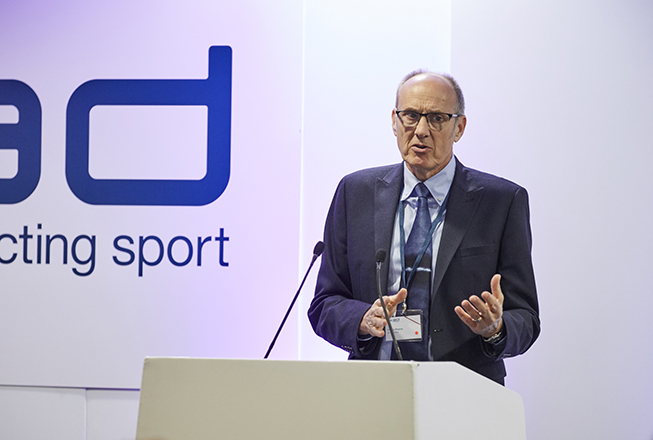 BLOG: Anti-Doping will not progress unless we listen to athletes

UK Anti-Doping’s (UKAD’s) Athlete Commission recently took the unprecedented step of galvanising athletes worldwide to oppose WADA’s decision to reinstate the Russian Anti-Doping Agency. And while the move went ahead, the stand taken by athletes globally highlighted the real strength of feeling among those most impacted by the decision, and the power of athlete unity.

UKAD Chair, Trevor Pearce CBE QPM, discusses the importance of the athlete voice in anti-doping, and why we must encourage conversation and listen to those on the front line if anti-doping is to develop and progress.

At the forefront of those expressing concern have been various athlete groups, with the UKAD Athlete Commission prominent amongst those.

The Commission, made up of 11 current and recently retired athletes from across a range of sports, isn’t part of the formal governance structure of UKAD, but plays a vital role in providing advice on how the application of the WADA Code and the UK’s National Anti-Doping Policy works for the athlete community. Its members also speak more broadly on anti-doping matters, providing a key voice for fellow athletes. We at UKAD really appreciate these contributions.

Some would say that the athletes are just one group of interested parties in the anti-doping arena; that of course is true, and I recognise the importance of sports governing bodies, National Anti-Doping Organisations, WADA, governments, the International Olympic Committee and International Paralympic Committee, and the public. However, it’s my view that the athlete community is really pivotal and we need to listen to them.

Why? Firstly, think of what we ask of our elite athletes and those on National Registered Testing Pools (NRTP). We expect them to give an hour of every day when they will be available to us, the anti-doping authorities. Then we turn up and ask them to go through intimate and intrusive procedures in providing urine and blood samples - often at times when they want to be celebrating or commiserating with friends and family, or recovering from an arduous training session, or just having time to themselves.

They also suffer the consequences, both physically and psychologically, of competing against and possibly losing out to those who dope. So yes, it’s right that we hear the athlete voice.

That’s why I’m really pleased to say that UKAD established one of the first Athlete Commissions in the anti-doping community. I’m also delighted that, chaired by UKAD Board member Sarah Winckless - herself an Olympic medallist and world champion rower - we have a set of prominent and engaged elite athletes from a range of sports who can and are prepared to share their views and those of their colleagues in an upfront and open manner.

That is something we at UKAD can’t place a high enough value on. We, as an organisation which aims to protect the interests of British athletes and ultimately everyone who loves sport, will not progress or improve unless we listen to and learn from those we look to serve - something the athletes know and support.

So, on behalf of all at UKAD, I’d like to say a big thank you to our Athlete Commission, we are immensely grateful for your contribution!