What our people say

For an insight into what it’s like to work at UKAD and develop your career, take a look at what some of our team have to say. 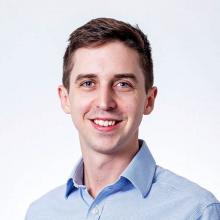 After flitting between various temporary jobs after university, in June 2010 I saw an Administrator role advertised at UKAD. Although I had always loved sport from an early age, I knew next to nothing about anti-doping at the time. Without having a clear career path in mind, I decided to put my name in the hat and see what happened.

Fast forward 10 years and I’m still here, firmly entrenched in the world of anti-doping. Although we are a relatively small organisation, I have been able to develop my career internally, progressing through roles within the Results Team before starting my current job as Head of Assurance in 2018, with responsibility for the anti-doping compliance of organisations in the UK. Along the way, I’ve been fortunate enough to be involved with the drugs testing conducted at the 2012 Olympics and 2014 Commonwealth Games, a rare opportunity and honour to see what happens behind the scenes at a Major Games. I would never have anticipated reaching a decade at UKAD, however being able to work in an area I am passionate about, with like-minded colleagues, has unexpectedly kept me and others here for the long-term. 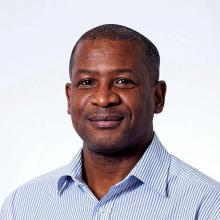 I have worked at UKAD since it was formed in November 2009 and have been fortunate to have held several interesting positions. My first role at UKAD was in the Legal Team as Results Manager. My main responsibilities included liaison with sports on test outcomes, managing Doping Control Personnel compliance and the contractual relationship between UKAD and Kings College London Laboratory. This was followed by a secondment position to the London 2012 Olympic and Paralympic Games as a Doping Control Station Manager. This was an amazing opportunity to work directly in sport whilst having so much fun watching it!

I then moved on to a maternity cover role as Acting Director of Operations for one year. Here, I led on the Operations Directorate strategic overview and objectives for the Testing, Science and Medicine and Intelligence and Investigations teams. I worked closely with the Chief Executive and regularly attended UKAD Board meetings. A great way to further develop my management skills.

In 2014 I undertook a Project Management role which saw me prepare the organisation to implement the 2015 World Anti-Doping Code. I was grateful to be given this opportunity as it cemented my knowledge on the World Anti-Doping Code which has supported me so well in my career path at UKAD.

Following my Project Management role, I was appointed as Head of Major Events and Business Development. I was responsible for developing, planning and implementing activities related to major events in the UK. This included the 2015 Rugby World Cup and 2018 European Championships, very exciting. I also identified new revenue opportunities for the organisation through commercial ventures. 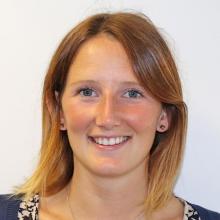 I have worked at UKAD for almost three years now and can easily say it has been a great experience. Every day is different, whether that’s a project, cross team working or a new challenge. UKAD allows employees to be creative and take responsibility for supporting their overall mission of protecting sport.

As a sports fan and having spent eight years developing a career in sport, protecting its integrity was something that attracted me to work at UKAD. UKAD has supported me to push myself in both my work responsibilities and self-confidence. They have provided me with numerous exciting projects to work on and challenge myself with, as well as ongoing career progression.

UKAD is an organisation where every employee is known and plays a key role in the day-to-day work. The staff have always been so welcoming, and I have developed some life-long friendships.

I have always wanted a career in sport and am grateful to be involved with an organisation that plays an important role in the sport we see today. UKAD continues to develop and grow but ensures that its staff are appreciated and respected for the expertise and capabilities they bring. 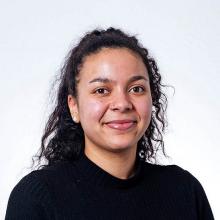 I have been playing tennis since a young age, where I played for my county (Nottingham) and competed in British Tours and International Tennis Federations. After my GCSEs, I decided to go into full time training where I trained in Sheffield and Bisham Abbey and achieved my level 2 coaching course. After two years of full-time training, I decided to go back to college which led me onto Sheffield Hallam University where I studied sport and exercise science. During my time at Sheffield Hallam, I played for the university tennis team and I also had the opportunity to do two months' work experience in New Zealand. After completing my undergraduate degree, I moved back to Nottingham and studied a master’s in sports law at Nottingham Trent University.

I have been working at UKAD since November 2018 where I started as a Logistics and Allocations Assistant in the Testing Team. I am now a Testing Officer where I am responsible for delivering the testing programme in rugby union and rugby league. UKAD has given me the opportunity to develop my career further in anti-doping and be involved in various projects to learn about the various unique and sometimes unusual aspects of the anti-doping world.