Rugby union player Arran Perry has been banned from all sport for a period of four years following a first Anti-Doping Rule Violation (ADRV) for the use of a banned substance.

UK Anti-Doping (UKAD) collected an out-of-competition urine sample from Mr Perry on 28 October 2019 at his home. Analysis of Mr Perry’s A Sample returned an Adverse Analytical Finding (AAF) for oxandrolone and its metabolites.

Hamish Coffey, UKAD Deputy Director of Operations (Testing) said: “Oxandrolone is a steroid which artificially builds and maintains muscle mass and is rightly banned from all sport.

“In contact sports like rugby, the potential consequences to opponents shouldn’t be taken lightly. Taking these drugs is a short-cut and is not only cheating but could also have serious consequences on the athlete’s health and well-being, therefore it’s not worth the risk.”

Mr Perry admitted the charge and his case was referred to the National Anti-Doping Panel (NADP). The NADP banned Mr Perry from all sport for four years which, taking into consideration his provisional suspension, is deemed to have started on 20 December 2019, and will expire at midnight on 19 December 2023.

Oxandrolone is listed under section S1 Anabolic Agents of the WADA 2019 Prohibited List, which states that it is banned at all times.

The RFU charged Mr Perry with breaching World Rugby Regulation 21.2.1 – "Presence of a Prohibited Substance or its Metabolites or Markers in a Player’s Sample”. 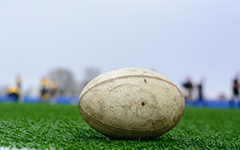 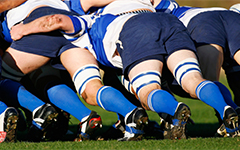