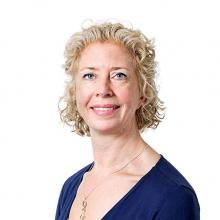 Nicole was appointed as Chief Executive of UK Anti-Doping in March 2015.

Previously UKAD’s Director of Operations, Nicole was responsible for the delivery of the organisation’s testing, intelligence and investigations, and science and medicine functions.

Nicole has worked in anti-doping since 1997, having previously worked as the Assistant to the Director and Legal Advisor at the Drug Control Centre at King’s College, and in various roles at UK Sport, where she progressed to Head of Operations before joining UKAD on its formation in 2009.

Nicole is hosting day one of this year's event. 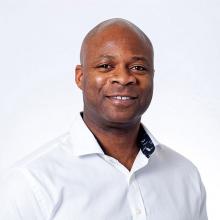 Colin is the Education Programme Manager at UKAD overseeing the Education Delivery Network and development of education programmes, training courses, resources and content to support athletes and athlete support personnel. He commenced work as a National Trainer for UKAD in November 2011 helping athletes to understand their anti-doping responsibilities. In 2012, he began delivering training to Governing Body and other partner organisation staff who wish to develop their facilitation skills to educate athletes and their support staff.

Colin is a member of the Council of Europe Advisory Group on Education which shares best practice across National Anti-Doping Organisations (NADOs) and International Federations towards the implementation of the new International Standard for Education. His key focus over the next 12 months is developing educational content and resources which align with the 2021 World Anti-Doping Code and supporting key partners with setting up and evaluating their education plan. 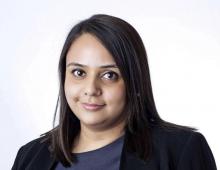 Nisha is a barrister and the Head of Case Management at UKAD.  She is responsible for leading her team on the prosecution of anti-doping rule violation cases and appears as an advocate before the National Anti-Doping Panel.

Nisha was called to the Bar in 2007 and began her career as a criminal barrister.  She has an extensive background in regulatory law and spent six years working at the Nursing and Midwifery Council (NMC) prior to joining UKAD in 2019.  At the NMC she regularly appeared as an advocate before the High Court and later managed a large team of investigations lawyers across its London and Edinburgh offices. 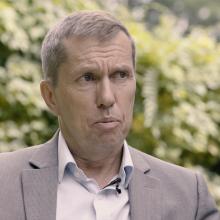 Colin is the CEO of Sporting Chance, a charity set up by former England and Arsenal player Tony Adams who saw the need for a safe, dedicated environment where current and former sportsmen and women could receive support and counselling for the kinds of destructive behaviour patterns that exist in the world of competitive sport, but that are often denied.

Colin has over two decades of experience of managing and leading in charities delivering mental health and emotional wellbeing services. For much of this time he has led services specialising in addiction including several years working for The Rehabilitation for Addicted Prisoners Trust (RAPt) which helps those with drug and alcohol dependence both in prison and in the community.

Since becoming the CEO of Sporting Chance in 2012, Colin has put in place systems and structures that he believes are key to achieving the Charity’s vision: That "when any sportsman or woman has the courage to reach out for help, there is a professional and safe place for them to go. Sporting Chance can be that place." 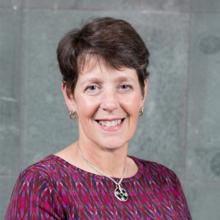 Pippa Britton is a double Paralympian who competed on the GB archery team for 15 years and achieved podium places at six World Championships and 24 International events with 11 world records along the way. In addition she represented the Welsh able-bodied team on more than 20 occasions. Whilst competing she also was a coach and mentor to development squad athletes and became the first para-archery athlete committee member at World Archery, representing archers all over the world.

Injury forced retirement in 2014, but being passionate about putting back into sport she took on the role of Chair of Disability Sport Wales, which she held until joining the Board of Sport Wales as Vice Chair in October 2017. In 2016 she joined the Board of UK Anti-Doping where her experience helps influence strategy, with athletes and fairness in mind at all times. She also contributes to the British Paralympic Association Classification Advisory Group and the International Paralympic Anti Doping Committee.

Her passion is working with organisations within and beyond the sphere of sport towards greater inclusion, improving equity and increasing disability awareness, all with well-being and fairness at the heart.

Pippa is hosting day two of this year's event, and will also be moderating this year's athlete panel. 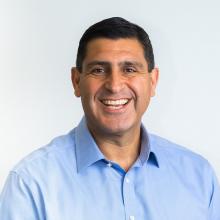 Mario joined UKAD in June 2015 as the Head of Intelligence and Investigations, he has over 30 years of law enforcement experience having previously worked for Kent Police, the National Crime Squad and the Serious Organised Crime Agency (SOCA).

As a member of the senior management team of the National Cybercrime Unit, Mario managed and coordinated online investigations into cyber and technology enabled crime.

Prior to joining UKAD, Mario was deployed to Jordan for 18 months as the Resident Twinning Advisor for a European Union funded project managed by the UK Home Office and Ministry of Justice. During his time in Jordan Mario successfully developed the capacity and capability of the Jordanian Police Cybercrime Section to operate to an international level. 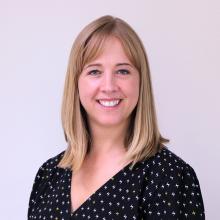 Sue Backhouse
Professor and Director of Research for Sport and Exercise Science, Leisure and Tourism at Leeds Beckett University, UK

Sue Backhouse is Professor and Director of Research for Sport and Exercise Science, Leisure and Tourism at Leeds Beckett University, UK. Sue leads the Protecting Sporting Integrity and Welfare (PROSPER) research team in the Carnegie School of Sport at Leeds Beckett University. With a focus on implementation, Sue and the PROSPER team strive to bridge the gap between research, policy and practice to bring about change in the sporting system through the development of strong partnerships and evidence-informed interventions. To pursue this research agenda, Sue has received funding from the European Commission, World Anti-Doping Agency and International Olympic Committee. Sue serves as a member of the WADA Social Science Research Panel, Convenes the British Association of Sport and Exercise Science Clean Sport Interest Group, provides expert guidance to the English Institute of Sport via its Technical Steering Panel and is co-founder of the Clean Sport Alliance. 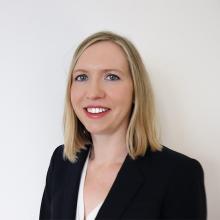 Prior to joining UKAD at the beginning of 2017, Emily was Deputy Chief Executive of a health charity for five years for whom she created the Dry January campaign. She has a particular interest in behaviour change. Before that she worked in local government and in the voluntary and private sector in a range of strategic communications roles. She has held board level roles with the What Works Centre for Wellbeing and the Sheila McKechnie Foundation.

Emily is a keen football and tennis fan.

Emily is hosting day three of this year's event. 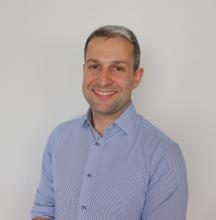 Paul is currently the Head of Education at UK Anti-Doping, a role he commenced in September 2019. Paul is responsible for leading and supporting the education team in delivering the education strategic priorities of the organisation.

Paul is passionate about learning and development, clean sport and protecting Athletes and Athlete Support Personnel, ensuring they have access to relevant and engaging learning opportunities, while constantly looking for new and innovative ways to support learning. 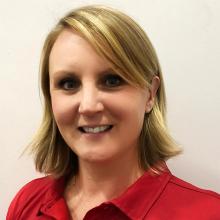 Rachel has worked as the British Swimming Anti-Doping Compliance Manager for over nine years. During this time her role has evolved with the growing WADA and UKAD requirements and is now heavily focused on the Anti-Doping Education Pathway for the six aquatic disciplines. Having worked through three Olympic and Paralympic Games, Rachel has delivered numerous Clean Sport Education sessions and developed the NGBs progression education pathway, through the club level to UK Sport funded athletes, coaches, support personnel and staff. 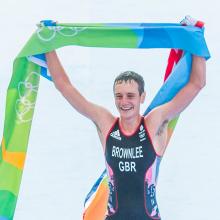 Alistair Brownlee MBE is the older of the Brownlee Brothers, and is the only triathlete in the world to have won two Olympic gold medals. He was introduced to triathlon at a young age, by his uncle Simon Hearnshaw who regularly competed in the sport. As a Junior, Alistair was a successful fell and cross country runner, and returned to Yorkshire in 2006 to focus on triathlon and study at University of Leeds. He is currently based at the Leeds Triathlon Performance Centre.

Alistair was also appointed Member of the Order of the British Empire (MBE) in the 2013 New Year Honours for services to triathlon. 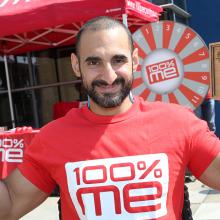 Ali is a British Paralympic powerlifter who has competed at three Paralympic Games – Beijing 2008, London 2012 and Rio 2016.

Following these results he competed at the 2016 Rio Paralympic Games and won a silver medal – lifting a best of 190kg in the -59kg category. Ali took up the sport of weightlifting aged 16 when a friend encouraged him to accompany him to the gym.

Ali is also a member of UKAD's Athlete Commission, providing advice on all matters of anti-doping. He will be participating in the athlete panel on day two of this year's event. 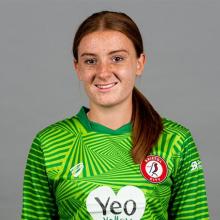 Sophie is a Bristol City WFC goalkeeper and she is the youngest member to be appointed to UKAD’s Athlete Commission, at just 23 years old. Sophie began her senior career in women’s football in 2014, playing for Birmingham City before moving to Bristol City. She was called-up to represent England under-23s, where she played until progressing to the senior squad in 2016 at the age of 19. At the end of the 2018–19 season she won the FA WFA Players' Player of the Year award and was named in the PFA Team of the Year.

Sophie will be participating in the athlete panel on day two of this year's event. 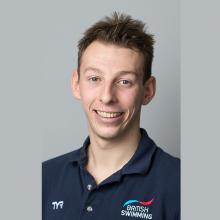 Mikey Jones is a British para-swimmer who has claimed Paralympic and European gold since his international debut in 2016.

That debut saw Mikey swim to a memorable victory in the Men's S7 400m Freestyle at Rio 2016 - an event he also went on to win at the European Championships in Dublin two years later.